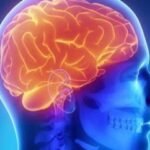 Columnist Wilson Lessa defends the importance of further studies on the use of phytocannabinoids to treat PTSD, both due to the refractoriness in face of existing therapeutic approaches, as well as studies already available that show a good therapeutic potential of the cannabinoids for the treatment of trauma.

Among the symptoms of PTSD we highlight the said intrusive symptoms (trauma memories, nightmares, involuntary memories), the persistent avoidance (avoidance of external and internal trauma-related stimuli) and negative changes in cognition and mood (dissociative amnesia, lack of pleasure, pathological guilt and isolation).

PTSD affects up to 13,6% of the world population. This high prevalence, associated with its severity and psychosocial impact, makes it a serious public health problem. It affects several brain circuits and its neurochemistry, the immune, cardiovascular, endocrine and metabolic system. And, because it increases the risk of developing chronic diseases, aging and premature mortality, it has already been called “a sentence for life”. Besides, it is a risk factor for the development of dementia, with a dose-dependent association between these two disorders – this means that the more severe the symptoms of PTSD, the greater the risk of dementia.

In the Textbook on Psychiatry Kaplan and Sadock in its 10th edition from 2017, we have the information that medications that are being developed for PTSD are focusing on components that act on the endocannabinoid system. Sins THC was isolated (1964) and discovered as the psychoactive ingredient in the plant, the initial experimental investigations of this phytocannabinoid focused on mood and anxiety.

In a simplified way, the activation of the CB1 cannabinoid receptor (located mainly but not exclusively in the central nervous system) is critical for regulating body systems to signal the stress response – remembering that anandamide (one of our endogenous cannabinoids), as well as THC is a weak partial agonist (activator) of these CB1 receptors. Recent evidence suggests that treatments that enhance endocannabinoid signaling may be a promising treatment for PTSD.

Cannabidiol (CBD), a non-intoxicating phytocannabinoid, is well tolerated by humans over a wide therapeutic window – up to 1,500 mg per day (oral) – without psychomotor retardation, negative effects on mood or abnormalities in vital signs – has a broad pharmacological profile, including interaction with several receptors known to regulate fear and anxious behaviors, including CB1, 5-HT1a receptor (serotonin) and TRPV1-type vanilloid receptor.

Just like THC, CBD has been reported to reinforce the extinction of the conditioned fear response, which suggests that this could be effective in treating PTSD, without the unwanted psychoactive effects of THC.

The discovery of the endocannabinoid system in the late 1980s and the mapping of cannabinoid receptors has been revealing that they are expressed at high levels in the cerebral amygdala, which controls anxiety, fear memory and the emotional response to stress.

In a 2009 observational study, synthetic nabilone THC has been shown to reduce the frequency of nightmares and to reduce daytime flashbacks in a group of war veterans, suggesting that cannabis before bedtime may be a beneficial treatment for PTSD patients – when these receptors are activated naturally by endocannabinoids or THC, there is a reduction in anxiety and a decrease in PTSD symptoms.

In 2013, with the creation of the Israeli Medicinal Cannabis Agency, linked to the Israeli Ministry of Health, PTSD was one of 12 pathological conditions that received authorization for the use of Cannabis. An observational study of 162 patients in 2016 treated for PTSD in Israel with Cannabis showed that 96% of patients who were followed up for 6 months of treatment experienced a moderate or significant improvement in symptoms.

Two randomized, triple-blind, placebo-controlled clinical studies related to the use of Cannabis in its natural state, have recently been carried out in the USA and Canada – they have not yet been published, but the initial results are encouraging – one carried out by Psychiatrist and researcher Sue Sisley (Arizona) and the other by Psychologist and researcher Zach Welsh (Canada).

In Brazil, a large epidemiological study carried out by Luz et al (2016), investigated the prevalence of traumatic events and their conditional risks in more than 2,500 volunteers (from the general population) in the city of São Paulo and 1,200 volunteers in the city of Rio de Janeiro . This study showed that, in Brazil, 90% of men and 84.8% of women are exposed to some sort of traumatic event during their lives, presenting a conditional risk – percentage of individuals who develop PTSD after exposure to a certain traumatic event – of 11%.

Thus, it is essential that there are more studies with phytocannabinoids in relation to the treatment of PTSD, given the high refractoriness of the condition in view of the therapeutic approaches available today and the preclinical and clinical studies already available demonstrate a good therapeutic potential of cannabinoids in the face of the impact of trauma in our lives