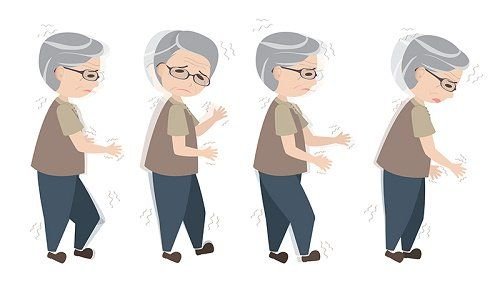 A Research stated the absence of collateral damages after the use of the substance. New findings open new therapeutic possibilities, says the coordinator.

Parkinson’s is a neurodegenerative disease that provokes shaking or tremors at the extremities of the body. Generally, 50% of the patients develop cognitive impairment. “People present memory and attention impairments, present effects of motor skills impairment when walking or to balance themselves. Besides, 80% of the patients with the disease develop depression and behavioral sleep disorder”, says Crippa

A recent research about the usa of Cannabidiol (CBD) showed that said substance extracted from Cannabis can be effective for the treatment of Parkinson’s patients. According to the professor José Alexandre Crippa, from the Medical School of Ribeirão Preto (FMRP) from Universidade de São Paulo (USP), one of the coordinators of the study, for the first time, the volunteers group that ingested capsules containing cannabidiol presented improvements on their life quality and well-being.

The study was published in October at the Journal of Psychopharmacology, from the British Pharmacology Association.

The CBD is a cannabinoid substance present at the Cannabis Sativa leaves that, according to the researchers, does not cause any psychoactive effects or addiction. The element possesses a chemical structure with great neurological therapeutic potential, that is, it may have anxiolytic action (lowering anxiety), antipsychotic, neuroprotector, anti-inflammatory, antiepileptic, and it may act on sleep disorders. “We wanted to see the effects of the Cannabidiol on the motor symptoms, that’s why we conducted a clinical rehearsal with Parkinson’s patients”, explains Crippa.

During six weeks, the team monitored 21 patients with Parkinson’s, split into 3 groups – the first one received 300 mg of Cannabidiol per day, the second group 75 mg and the third received placebo (without any active principle). So that there was no psychological influence and yes an effective pharmacological effect, neither the patients, nor even the doctors had knowledge about who was taking each capsule.

A third member of the research team numbered the substances and crossed the data only at the end, when improvement was found at the condition of the patients who had ingested Cannabidiol at the dosage of 75 mg, and even better results for the dosage of 300 mg. “the most important is that the medicine does not present any collateral effects, contrary to the ones already utilized”, states Crippa.

According to the researcher, the discovery opens up a new therapeutic possibility for Parkinson’s disease, specially in refractory and more severe cases, as for when the disease manifests itself during youth, with a tendency of progressing quickly and aggressively. “Cannabidiol has shown itself effective for all these comorbidities”, states the researcher.

The professor finds it important to highlight that cannabidiol is not marijuana, is just a substance present in the plant. “There is not Medicinal Marijuana, and yes medicinal substances. The marijuana that is smoked invariably brings damage to the user’s health. The chronic use, mostly by adolescents, causes brain damage and increases by 370% the chances of developing schizophrenia”, he alerts.